Cable operators look to wireless access as next frontier

Wireless access is now emerging as the next frontier for cable operators, and operators want to tap demand from their customers for pervasive high-performance connectivity, Cable Congress attendees heard. 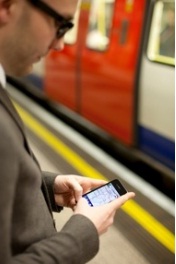 “We would like to create a step change in connectivity in the same way we did with fixed broadband,” said Kevin Baughan, Director, Metro Wireless, Virgin Media Business, who was responsible for the company’s recent deployment of WiFi on the London Underground, speaking on a panel session on WiFi at Cable Congress.

Virgin Media is working with mobile operators to deploy small cell networks and WiFi networks, said Baughan. The company has put together a hosting service to work in partnership with cities to deliver small cells that can be used for mobile backhaul, which Virgin media already provides from a smaller number of access points, in addition to WiFi.

END_OF_DOCUMENT_TOKEN_TO_BE_REPLACED

On the evidence of this year’s Cable Congress, which was held in London on March 5-7, the European cable industry is in much better shape now than at any time since the global financial crisis began in 2008.

However, the challenges it faces, especially in securing new revenue streams in what remains a difficult economic environment, cannot be underestimated.

Take the case of mobile services. In a wide-ranging CNN interview, Mike Fries, Liberty Global’s president and CEO, said it would be important for the company to have a quad play option. After all, telcos do and it is not difficult to achieve, with little capital expenditure required.

However, he then went on to say that Liberty Global has already looked at acquiring mobile companies but found the process hard. Indeed, such companies may have a market share of up to 50-70%, but some mobile subscribers will never take cable services.

Perhaps more tellingly, when pressed Fries conceded that he considered mobile a threat as well as an opportunity.

That was certainly not the view of Ewan Mackay, MD, Cable Industry, EALA, Accenture, who contrasted the problems being faced by the mobile industry, certainly in such areas as the rollout of 4G services, with the manner in which cable has successfully responded to the challenges it faces.

Interestingly, he identified connected home, m Health and B2B sales as accelerated growth areas for cable in the future.

Wi-Fi, too, is also looming on the horizon, thanks in no small part to the activities of such operators as Virgin Media and Ono. The former, according to Kevin Baughan, Director, Metro Wireless, Virgin Media Business, has embarked on its London Underground project – begun ahead of the Olympics last year and still being expanded – due to an interest in Next Generation Wireless. It has also undertaken small cell trials in the cities of Newcastle and Bristol and secured concessions in Leeds and Bradford.

Ono, on the other hand, began a public WiFi trial in Alicante last July. Manuel Sequeira, the company’s director of technology, said that it has been very successful and may now be extended, with “lots of lessons” having been learnt from building access points.

END_OF_DOCUMENT_TOKEN_TO_BE_REPLACED

The second annual Cable Europe Innovation Award, voted on by delegates at Cable Congress, was awarded to Belgian operator VOO and Sea Change for their multi-screen TV solution VOO Motion. The innovation won against a competitive field, including Virgin Media’s WiFi on the London Underground, ZON’s Timewarp, Kabel Deutschland and ARRIS for their world record 4.7 Gbit/s downstream throughput speed, and Liberty Global’s Horizon, done in partnership with Cisco, Samsung and Intel. The Innovation Award recognizes a special project that stands out as a bright spot in helping cable innovate and stay ahead of the customer. Accepting the award on behalf of VOO and Sea Change was Nico Weymaere, Chief Technology Officer at VOO.

Jose Pascoal, Planning, Engineering & Services Architecture Director, ZON Multimedia was honored with the Cable Europe Fellow Award in recognition of his individual dedication, talent, consistent excellence and contributions to the cable industry. In accepting the award, Pascoal thanked his colleagues, noting: “This is not an individual award, it is a team achievement.”