Speech by Ed Vaizey given at Cable Congress 2013 in London

Speech by Ed Vaizey. Originally given at Cable Congress in London. This is a transcript of the speech, exactly as it was delivered. 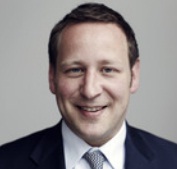 I would like to thank the organisers of the 2013 Cable Congress, and in particular the UK’s very own Virgin Media, for inviting me to speak today.

You will, I’m sure, be hearing at length about investments and new technologies from experts in the field. I would like to say a few words about this Government’s priorities in the online and telecommunications fields, what we are doing to support the tremendous investment in broadband, and where we go from here.

If I were to summarise the priorities, I would need only one word: Growth. Our number one aim is to get the British economy moving again and support the businesses, both large and small, that will drive this. And I believe that the digital, creative and communications industries have a key role in this.

END_OF_DOCUMENT_TOKEN_TO_BE_REPLACED

In keeping with the spirit of Valentine’s Day and ahead of Cable Europe’s annual conference with 69% of attendees at C-level, Director and Board Level, Cable Congress, takes place in London from 5-7 March 2013.  We look back over the past decade at how successful pairings have resulted in the consolidation of the European cable landscape. Where Europe once boasted around 10,000 providers, today this number is closer to 7,000 stronger, more efficient and more competitive operators.

Yet, despite the wave of combinations in recent years, the cable industry still remains highly fragmented. It will need further consolidation to compete over the long term and to help meet Europe’s Digital Agenda policy objectives of increased connectivity for consumers.

Cable Europe Executive Chairman Matthias Kurth added:  “Cable’s investment in fibre- rich high speed networks plays an important if not sometimes invisible role in meeting the entertainment and connectivity needs of Europe’s sophisticated consumers. As the unique crossroads of technology and content that keeps us entertained, informed and connected, it’s entirely fitting that this year’s Cable Congress will take place in London, Europe’s undisputed Digital Capital and one of the most connected cities in the world.”

Cable Congress 2013 will feature the launch of new industry data with the contribution of fresh IHS Screen Digest data, the latest trends and an incredible line-up of industry all-stars across cable, content, technology and new media. Highlights include:

New content, programme updates and interviews are being added regularly to www.cablecongress.com and don’t forget that 22 February is the last day to submit nomination entries for Cable Europe’s 2013 Fellow and Innovation Awards.