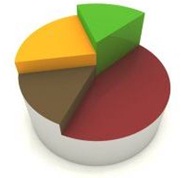 A new study by UK firm Digital TV Research predicts that the top pay-TV channels available in Europe will generate revenues of US$ 4.24bn this year, with the figure set to rise to US$5.28bn by 2017.

Top-earning channel group will remain Viacom for the next five years, generating US$ 741mn in 2012 and going on to produce just under US$ 1bn in 2017. The next group involves Discovery, Disney and Eurosport, which will all have similar revenues in 2012.

The forecasts, which covers the top 195 international channels/networks from 11 groups, exclude premium channels (mainly movies and sport) that require extra payment by the public, together with a few newer minor channels.

“Most of the growth will come from a combination of higher penetration in Eastern Europe and the appearance of more HD channels that command higher carriage fees or at least allow channels to protect carriage fees in negotiations with platform operators.”