The Revolution Will Be Televised (pick a screen)

Change seldom comes with warning but is always expected in the technology sector. 2011 brought us a new chief at Apple, HP having decided to spin off its PC business, Motorola being sold to Google and the loss of another woman tech leader after Carol Bartz’s high profile Yahoo! exit. In the meantime, social media applications have helped the world keep an eye on big change in the Middle East.

Also no stranger to changes of late, Rupert Murdoch once said that “the world is changing very fast and that the big will not beat small anymore. It will be the fast beating the slow.” This certainly applies to the role of the screen.
No such thing as a TV anymore?

Time Warner’s Chairman and CEO, Glenn Britt caused a stir this year by casually (and publicly) signalling the beginning of a new era where content is more important than how we view it, “There’s no such thing as a TV anymore.” It’s not a fatalistic remark, however. It is a heads up for the business of providing content. EU and worldwide policy makers are not free of the associated challenges. The management of copyright and rights clearance is a task that won’t get easier for business or policymakers. Streamlining will require effort that is widely seen as needed for Europe’s ever-modernizing single market. 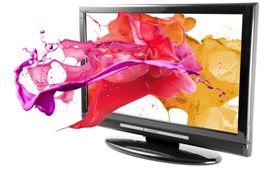 tvThe number of devices is increasing. If you’re not watching a video clip on YouTube from your laptop, you might be checking the news on your handheld device or sending a tweet on your iPad – all with the TV on. We access content daily without thinking twice about the devices we’re using. Content passes through an increasing number of devices much more easily than in the past. Once a buzzword, convergence is something that consumers simply expect. It’s why cable providers are integrating their video services through broadband access, iPads and PCs.

Despite new viewing options, the TV continues to rule the living room. Fresh IHS Screen Digest analysis on linear versus non linear TV viewing tells us that in the UK, one of Europe’s most developed TV markets, time shifted viewing will account for only 13 per cent of all viewing by 2015. IHS Screen Digest’s Guy Bisson says that this indicates that people are sitting down to watch traditionally delivered TV far more than other forms of content such as online short and long form content, TV VOD and time shifted DVR. But don’t believe for a second that this is any indication that cable companies don’t have big plans to keep your TV experience in full evolutionary swing.

OTT (over the top) services are a threat. But OTT also has cable strategists in offense mode with its TV everywhere services. Digital VOD (a blog) says :

“One could argue that there is a fair amount of ‘added value’ to the consumer (and distributor) by having the multiple viewing options and expect to see the cable providers offering up more robust versions of the ‘TV Anywhere’ idea. This could put the squeeze on SVOD services like Netflix, Hulu and Amazon in regards to future licensing considerations.”

It boils down to a challenge to be there and be there first. Cable does have a stronghold in the living room today. But the OTT threat isn’t something to be made light of. There is a big shift in the works. But the whole phenomenon needs to be viewed in context. What do you need to turn your PC into a TV that plays high quality video content (without stopping to tell you it’s buffering)? If you’re thinking of a fast and reliable high speed connection, you’re thinking: cable. It’s all about winning. Just ask Charlie Sheen. Duh.

Falling back in love with the TV

Virgin Media’s TiVo and Liberty Global’s Horizon stand out as good examples of responses to the threat of cannibalization and commoditization that the OTT threat brings to the table. It’s a tricky business. Make your net connection too fast and too good (is this possible?) and you could over-expose yourself to OTT competition. Cable companies have to serve the customer exactly what they want and both Virgin and Liberty’s offers recognize the increased appetite for choice that consumers have. As Liberty Global’s Mike Fries is known for saying, it’s all about helping the consumer fall back in love with TV.

When you look at these developments from a pan-European perspective, it is no wonder that you will find cable operators (and their competitors) calling for more streamlined and transparent copyright and collective management rules. It’s simple. They want VOD to flow easier and, if needed, across borders. The single market for content element from a need perspective is rather straight forward. Modernization in the marketplace will increase the need for modernization in the policy making departments throughout the European Union where the single market serves as a spinal cord for the political union.

Update: The revolution will be televised, tweeted, on YouTube & on TiVo
Gil Scott-Heron is known for the poem-cum-song, “The Revolution Will Not Be Televised.” But one acid-jazz act, Smoove, turned Scott-Heron’s title on its head:

In a continued battle to keep the consumer happy, on side and with the most viewing options possible for premium content, the revolution will continue. And cable, as you might have guessed, will be there.